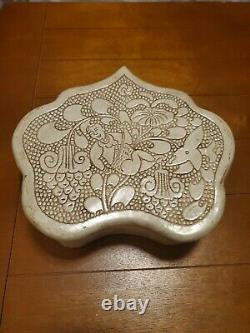 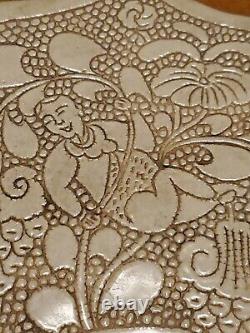 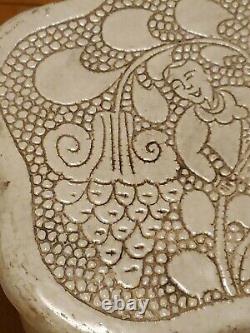 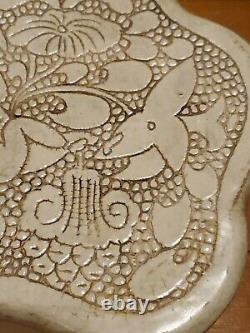 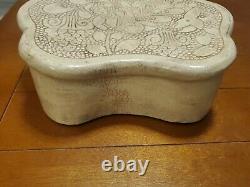 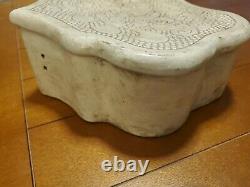 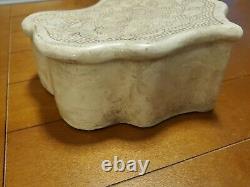 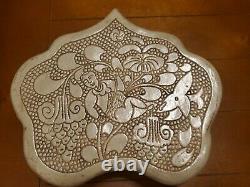 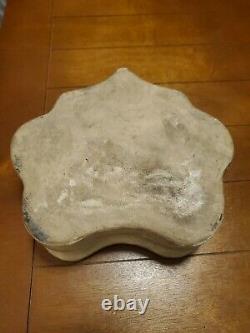 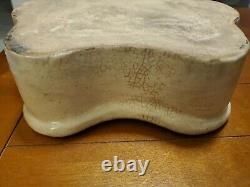 EXTREMELY RARE ANTIQUE SONG DYNASTY CIZHOU WARE CLOUD SHAPED WHITE PORCELAIN HEAD REST PILLOW. This piece is a Museum quality SONG DYNASTY porcelain head rest featuring a person swinging from the stems of a flower or a grapevine in a garden. There is crazing throughout this piece which is expected in pieces of this age. It has a couple of air holes that were made for firing purposes and a fired piece of clay that rattles inside the piece. You will search forever to find another piece for sale that dates to the Song Dynasty.

The Song dynasty was an imperial dynasty of China that began in 960 and lasted until 1279. The dynasty was founded by Emperor Taizu of Song following his usurpation of the throne of the Later Zhou, ending the Five Dynasties and Ten Kingdoms period. Several of these date to the early 1800s and much older. There are numerous sizes, shapes, and styles of these being offered. This item is in the category "Antiques\Asian Antiques\China\Vases".